Dear Friends of Bridging Hope:
It is now Tuesday, Oct. 19, and Sr. Sen and I are in Da Nang, on the coast North and East of Saigon.  It is a beautiful city -- wonderful beach front along the ocean (under tremendous new development of resorts, restaurants, and at least one casino) and a growing modern city on both sides of the Han River which empties into the Da Nang Bay.
We came here mainly to visit a shelter for elderly women run by the Sisters of St. Paul.
I'm learning that the various Catholic sisterhoods or orders of sisters do tremendous work here in Viet Nam.  Most of them have been here several hundred years as branches from orders in France (the former colonial power here).  They lost their many schools and hospitals after 1975, but have taken up other works of charity.  And they are growing, with lots of new members from among young women in Viet Nam.
The shelter we visited was quite an operation.  The main property is a training center for young sisters, but adjacent properties serve as locations for both a school for the disabled and the shelter for homeless women.  There are about thirty women there now, and two very elderly and crippled men.  One of the women is 108 years old.  Another we met, quite a vital character even though very old and crippled, had been a beggar in a marketplace for many years before she somehow came to this shelter.
We got there around lunch time, and the spirit among the women and the eight sisters serving them was truly joyful.  None of the sense of a warehouse with elderly just sitting around in wheelchairs.  Rather it seemed a place of communal caring.  The women live in dorm like rooms -- 6 - 8 beds in a fairly spacious room.  And there are nice gardens for those who are ambulatory.
There is also a working farm (with hogs, chickens, and rabbits as well as a variety of vegetable plots) which provides much of the food for the women as well as, I suspect, for the young sisters-in-training at the adjacent main property and for the folks in the school for the disabled.  In what seems typical Vietnamese cooperative style, much of the farm labor is done by young university students from the mountain/tribal areas who are provided a dorm house in the back of the property in return for their labor. 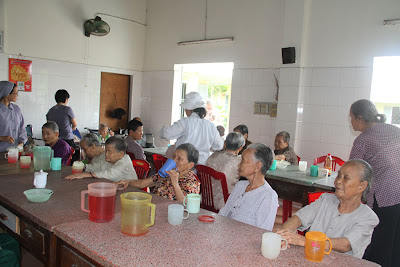 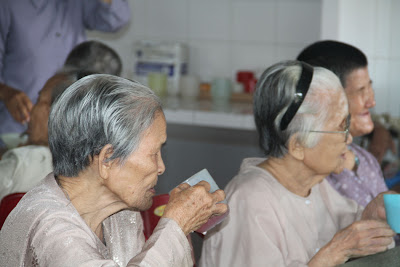 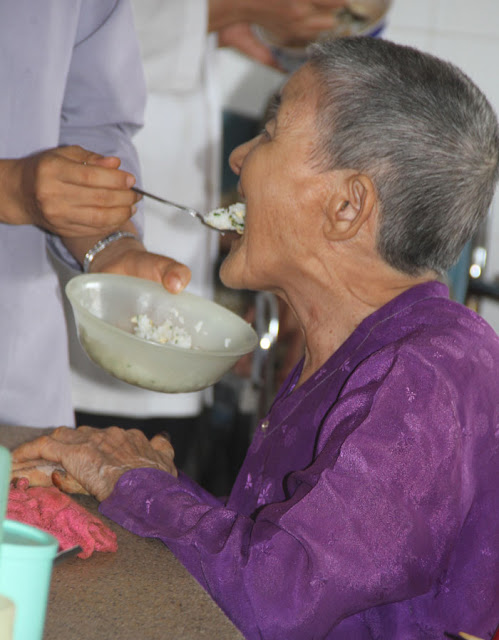 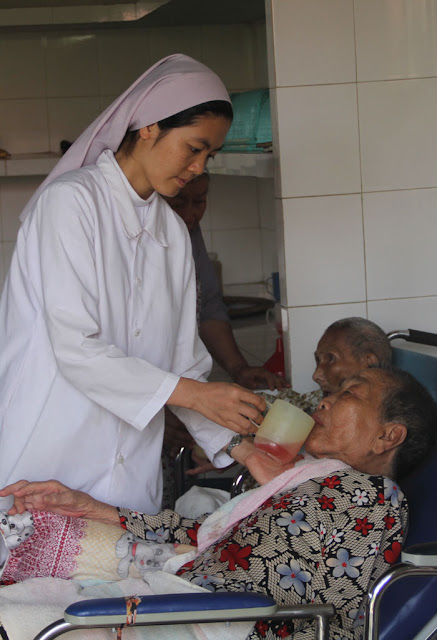 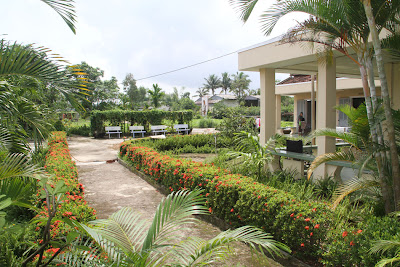 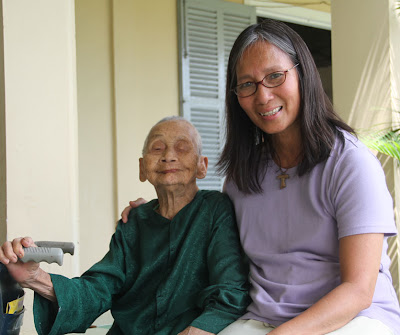 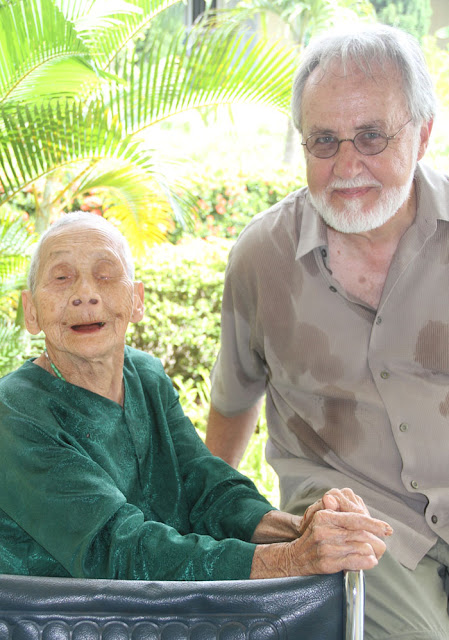 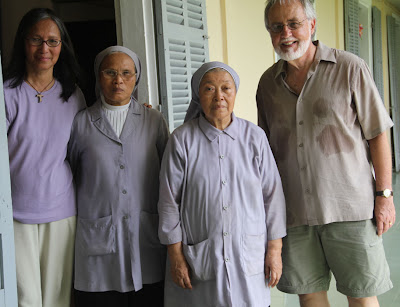 While in Da Nang we also visited a workshop run by the same group of sisters where local women embroider table cloths and pillow cases as well as altar cloths for Catholic churches throughout the world.  We went there to buy some items -- the kinds of things that Sen can sell at fairs to benefit Bridging Hope. 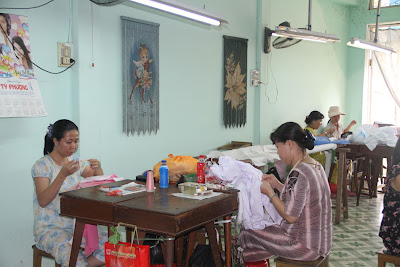 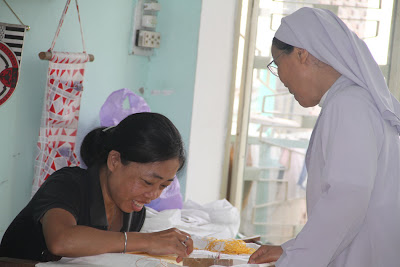 We had intended to have a relaxed "beach day" today, but it rained heavily most of the day.  So we took a taxi out to a magnificent Buddhist pagoda in the "marble mountains" on the south rim of Da Nang Bay.  It is the location of a beautiful new and huge (I'm guessing at least 150 feet high) statue of "Kwan Yin", the Buddhist "Mother of Compassion."  The statue is visible even at night (lighted) all along the Da Nang coast.  It reminded me both of the statues of Mary which one sees throughout southern Viet Nam, and also the famous statue of Christ that dominates the hills over Rio -- though these "marble mountains" (so called because they are the source of much of the marble used in the sculpture industry here) are not as high as those around Rio 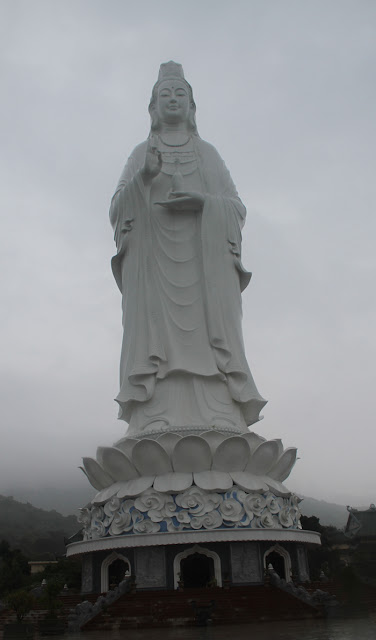 Tomorrow we head back to Saigon for more meetings.
Till later, John
Posted by BridgingHope-Vietnam at 4:49 AM