One night last week we got a surprise invitation to have dinner with two Catholic Bishops from the North, each in charge of his own diocese near Ha Noi.  They had come to Saigon for the funeral of an elderly bishop from someplace in the South (an honorary gathering of all the Catholic Bishops in Viet Nam who could make it), but we were invited to have dinner with these two because one of them grew up in Sen’s village.  Sen was a good friend of his sister and had visited with him in the North during one of her previous trips here.  Initially we thought we’d have some good conversation about Bridging Hope and the needs of women and children in his area.  It turned out, however, that it was more a social dinner – keeping connections all around, something that increasingly strikes me as typically Vietnamese in the best sense.  Not clear what it will mean for BH in the future, but I was able to have a good conversation with him in French.  We both had learned French way back during our respective graduate days and were equally rusty, but it worked.  With the other bishop, whom Sen also was meeting for the first time, we got along with a mix of French, English, and of course, for Sen and both of them, Vietnamese.
The next day, if I’m remembering correctly, we visited one of “the polio women” who do sewing for a living (many of their items sold by Provide-N-Ce in the past and now by BH).  This woman is married with two children, but both very crippled in the legs and something of a dwarf.  She and two siblings were found abandoned at a rubber plantation some 40 years ago and taken by some nuns to an orphanage.  All afflicted in the same way.  One theory is that it was agent orange rather than polio.  One has since died and the second lives with the family in a very nice, but small “back alley” apartment.  One of her kids is 11 and perfectly normal, the other is 5 and has some disease of the bones (very fragile and brittle, break very easily).  Still they have amazing spirit and are part of the network of Agape Houses for polio women that is paid for by some nuns and to some extend by their embroidery and other sewing products. 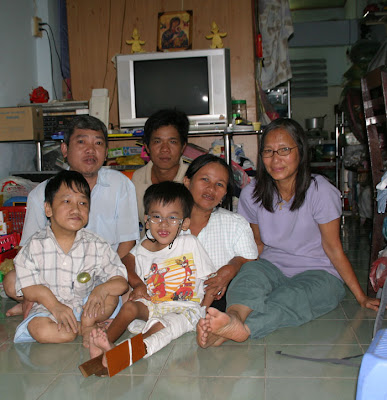 The next day. It’s typical of Sen that we were walking down a posh street in Saigon (yes, there are some in the tourist and business center – even Gucci and the rest), and something about one shop caught her eye.  So we went in, and I eventually bought some items for my wife and daughter (it wasn’t that posh!).  On the way out the manager asked Sen to ask me if I could help her with some English.  She’s taking a class and they were preparing for a test.  In the process Sen told her about the women with polio and their sewing.  She was interested, to the point that she’d be happy to buy their stuff to sell in her shop if it was good quality.  So another lead…all via the informal Vietnamese “network system.”
We spent the next two days in the Me Kong delta.  The first at a parish Sen had never visited before that was starting a day care facility for children similar to the one we are presently supporting.  The priest in the first parish is young and energetic and had managed to raise money in Saigon for a well which now provides the only potable water to the village, and is available to everyone at a modest price.  The water in all the streams and rivers in the delta is polluted so they had to drill below 1000 feet for this well.  But it is a social service which even the government has to bless because they too get their water there!  The day care facility which he has started also functions in the same way, as a social service for everyone, not just Christians. 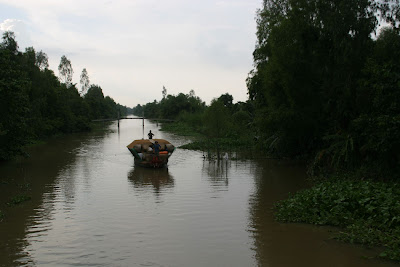 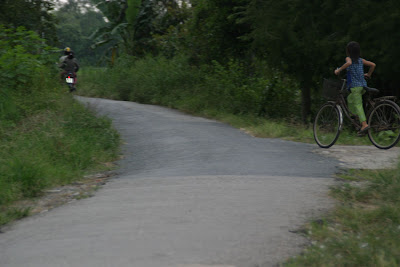 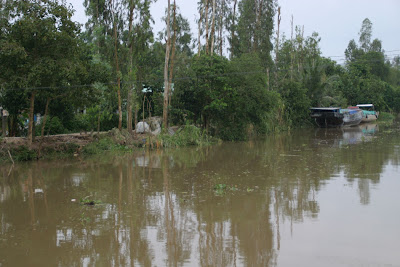 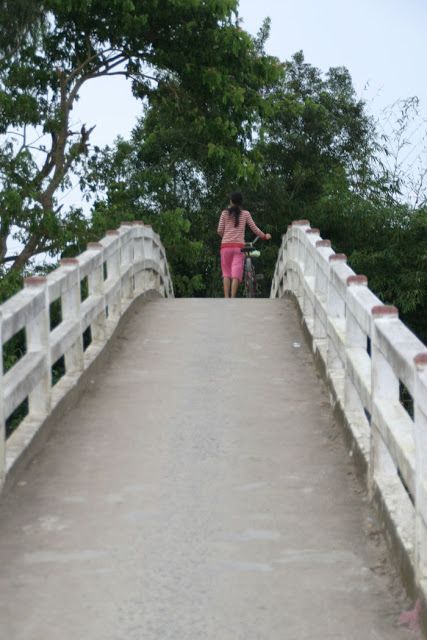 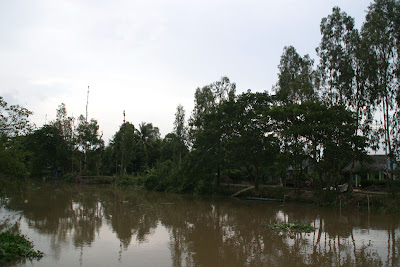 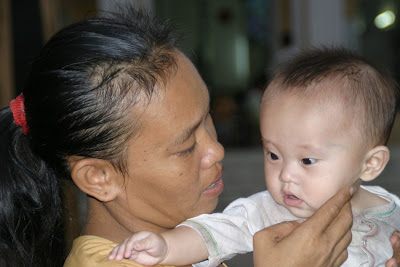 The next morning we got back on the main road (the side road to the first parish was about 8 feet wide, muddy in spots, yet our car was still constantly being passed by the motor scooters that everyone uses).  After about an hour travel further inland/upriver – towards the Cambodian border -- and two ferry rides, we arrived at Con En, a small island in one of the many branches of the Me Kong river.  We had a good visit with the priest and at the day care center he manages with the help of about 7 teachers and helpers.  More on that in the final wrap up.  But it has been a busy schedule of visiting and meeting.  All part of “bridging” hope, both for us and for the folks here. 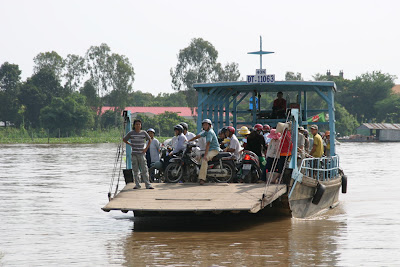 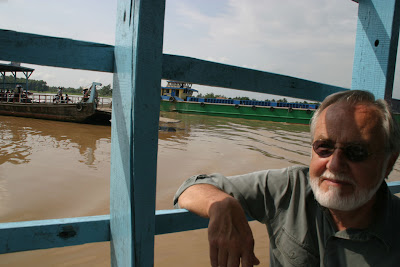 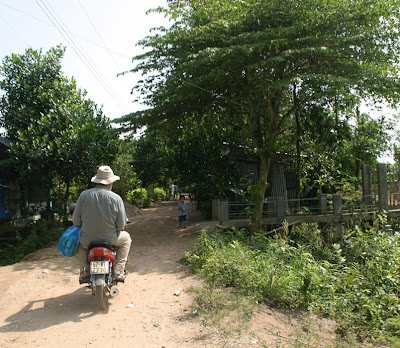 John
Posted by BridgingHope-Vietnam at 7:41 AM